Injections are sterile, pyrogen limited, that is, bacterial endotoxin units limit, preparations intended to be administered parenterally. The term parenteral refers to the injectable routes of administration. It derives from the Greek words para (outside) and enteron (intestine) and denotes routes of administration other than the oral route. Pyrogens, or bacterial endotoxins, are organic metabolic products shed from Gram-negative bacteria which can cause fever and hypotension in patients when they are in excessive amounts in intravenous (IV) injections.

Intravenous Route - IV drugs provide rapid action compared with other routes of administration, and because drug absorption is not a factor, optimum blood levels may be achieved with accuracy and immediacy not possible by other routes. In emergencies, IV administration of a drug may be lifesaving because of the placement of the drug directly into the circulation and the prompt action that ensues.

Intramuscular Route - IM injections of drugs provide effects that are less rapid but generally longer lasting than those obtained from IV administration. Aqueous or oleaginous solutions or suspensions of drug substances may be administered intramuscularly. Depending on the type of preparation, absorption rates vary widely. Drugs in solution are more rapidly absorbed than those in suspension, and drugs in aqueous preparations are more rapidly absorbed than oleaginous preparations. The physical type of preparation is based on the properties of the drug itself and on the therapeutic goals

Subcutaneous Route - The SC route may be used for injection of small amounts of medication. Injection of a drug beneath the skin is usually made in the loose interstitial tissue of the outer upper arm, the anterior thigh, or the lower abdomen. The site of injection is usually rotated when injections are frequently given, as with daily insulin injections. Prior to injection, the skin at the injection site should be thoroughly cleansed.

Intradermal Route - A number of substances may be effectively injected into the corium, the more vascular layer of the skin just beneath the epidermis. These substances include various agents for diagnostic determinations, desensitization, or immunization.

— They should not contain bacteriostatic agents or other pharmaceutical additives.
— They are packaged in large single dose containers

They are employed for the following purposes:

These preparations refer to such pharmaceutical products that exert immunologic effects.

These solutions are intended to bathe or wash wounds surgical incisions or body tissues.

Dialysis is defined as a process whereby substances may be separated from one another in solution, by taking advantage of their differing diffusibility through membranes.

Pellets are implanted under the skin (usually of the thigh, breast or abdomen), with a special injector device or by surgical incision.

The ultimate objective of this department is to develop a sterile product with therapeutic effect in the patient.

Factors to be considered in the choice of solutes: 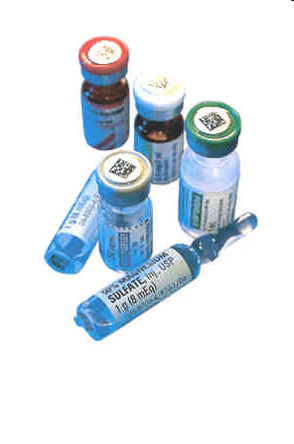 Effect of Route of Administrations

— The intended route of administration has a marked effect on the formulation of a parenterals product.
The factors to be considered are:

This factor is considered by the Product development Division and should evaluate the effect of the components, particularly if the product is subjected to thermal sterilization.

Production Area includes all the steps in:

Maintenance of the aseptic area and sterile room is done by normal routine of cleaning of these areas at the end of the working day or during the night.

Collection of particulate matter from air through a clean, sterile membrane filter
↓
Examined microscopically
↓
Filters be placed on the culture media
↓
Incubated for the detection of microorganisms
↓
Collection of air sample into a measured volume of nutrient broth
↓
Impinger
↓
Microorganisms from the broth by filtration on the membrane filter
↓
Incubated
↓
Drawing a measured volume of air
↓
“slit sampler”
↓
causes the air to impinge on the surface of a slowly rotating agar plate.

Advantage: This sampler is portable and can be disinfected and hand carried whenever needed.

If pathogenic microorganisms are particularly of interest, blood agar plates may be needed.

Note: A period of one hour may not collect one microorganism under conditions of use in a well controlled aseptic area.

Use of instrumental scanners

Solutions must be filtered for the following primary objectives:

Sealing of vials and bottles